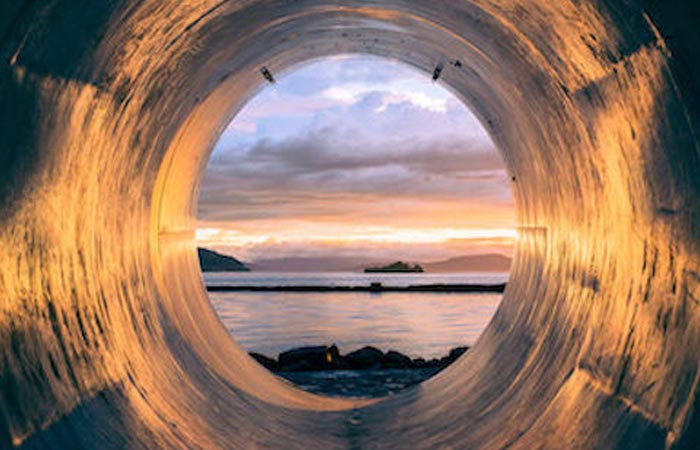 The first New Paradigm Circle of Emergence that inspired me was the circle of American Transcendentalists that gathered in the 1840’s and 50’s in and around Concord, Massachusetts. I have long been inspired by the profound contribution that this relatively small group of individuals made to the advancement of culture.

The central figure in the group was Ralph Waldo Emerson who became a veritable rockstar filling venues with hundreds and even thousands of people wherever he spoke.

Other prominent members of the group include Henry David Thoreau who is often called the father of the modern ecological movement and whose book Walden continues to inspire people to this day, and Margret Fuller who was one of the first American feminists and held consciousness raising salons for women at a time when it was socially unacceptable for women to lecture or teach.

Bronson Alcott ran one of the first progressive schools for children based on the assumption that children didn’t need to be taught, they only needed to be reminded of what they already knew. The novelists Nathaniel Hawthorne and Herman Melville were part of this circle and explored spiritual themes in such classic literature as The Scarlet Letter and Moby Dick.

Two of our greatest American poets, Emily Dickinson and Walt Whitman  had ties to this circle and Elizabeth Peabody who was not as well known made the prominent contribution of being the first American to translate Emmanuel Kant’s philosophy into English.

If we go one generation further we find that the famous American philosopher and psychologist William James and the equally famous supreme court justice Oliver Wendell Holmes were both children of Transcendentalists.

This circle extends and extends to include some of the most significant writers, philosophers, statesmen and social activists of their time. They argued and debated, and they supported each other financially, emotionally, creatively, and spiritually.  And this is just one of many such groups that have altered the course of human history.

Where is the equivalent group today? Who are its members? And how can they be supported to more fully and effectively bring their own vision into the world?

The answer as far as I can tell is that we are that group. Those of us who see another possibility and feel compelled to bring it into existence. Those of us who recognize that the work of bringing to life a new paradigm will only happen with many of us working together.

At the heart of Emerson’s Transcendentalist philosophy was a simple idea that he called Self-Reliance. He did not mean relying on your personal will and power. He meant learning to let go of control and relying on the compassion and wisdom that floods through us from the higher self that he called The OverSoul.

The Transcendentalists would evoke the spirit of the OverSoul by coming together in spiritual contemplation and conversation. In the passage below Emerson writes beautifully of the higher collective mind that would overtake the group when they came together.

“In groups where debate is earnest, and especially on high questions, the company become aware that the thought rises to an equal level in all bosoms, that all have a spiritual property in what was said, as well as the sayer. They all become wiser than they were. It arches over them like a temple, this unity of thought, in which every heart beats with nobler sense of power and duty, and thinks and acts with unusual solemnity. All are conscious of attaining to a higher self-possession. It shines for all.“

In these creative circles the separation between us falls away and we are carried into a deeper source of heart and mind. Today this experience has come to be known as collective or inter-subjective awakening. Those of us who have had the privilege to experience it know what it is like to have access to a shared source of wisdom, love and creativity far beyond anything we have access to on our own.

The musician Brian Eno coined the phrase scenius to describe the collective awakening phenomenon. Individuals have genius, but when individuals come together they can generate an awakened scene that has its own genius, or what Eno called scenius.

I want to create New Paradigm Circles of Emergence that come together to generate collective awakening and then empower each individual in the group to discover, articulate and enact their own deepest recognition of a new possibility.

If this sounds overly ambitious or even arrogant to you, or if you are tempted to disqualify yourself from greatness you should know that Ralph Waldo Emerson was considered wholly unremarkable right through college. He wasn’t particularly intelligent, he wasn’t socially graceful, he wasn’t hardworking or particularly inspiring in anyway.

When he first started to spread his transcendentalist views he was shunned by the intellectual society of Boston. He and his band of followers were at best ignored, and at times  even ridiculed.

There is no reason to disqualify yourself from leading historically significantly lives. In fact the future of our world depends on at least some of us rising up to this challenge.

Jeff Carreira
Jeff Carreira is an author, mystical philosopher, artist and meditation teacher. Thirty years ago he dedicated himself entirely to the focused pursuit of spiritual awakening. He began teaching meditation and awakening fifteen years ago, and today supports people from around the world to share the fruits and blessings of their own spiritual path. His novels use the powerful medium of story to illuminate the mysterious ways in which we can awaken to the invisible realms and hidden truths that always lie just beyond the familiar world around us.
Learn More
Subscribe
0 Comments
Inline Feedbacks
View all comments