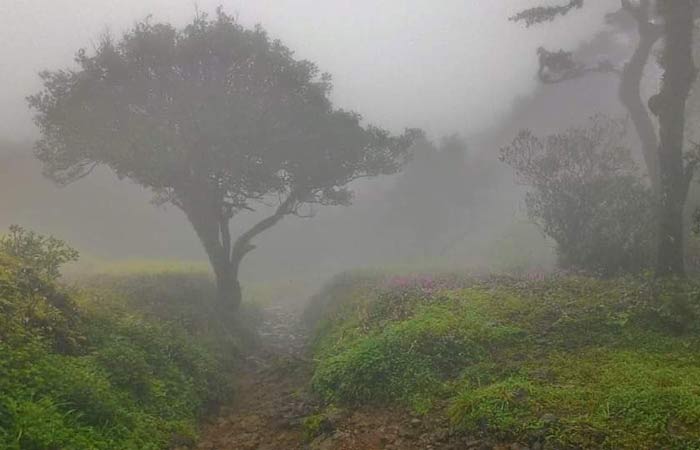 Revered as a reincarnation of Shiva (An embodied symbol of Consciousness) himself, Jagat Guru Adi Shankaracharya was an 8th-century Indian Saint, Advaitic (Non-Dual) Philosopher, Scholar, Mystic, and Theologian whose teachings had a profound influence on the spread of the ancient Vedic knowledge, Advaita Vedanta and the subsequent awareness of Sanatana Dharma/Hinduism.

A Jagat Guru/World Liberating Teacher Adi Shankaracharya is known for his remarkable reinterpretations of scriptures and especially his commentaries on the Advaita Canon – Brahma Sutras, Principal Upanishads, and Bhagavad Gita. Some of his insightful, poetic works include Vivekachudamani (The Crest Jewel of Discernment) Maneesha Panchakam (The Five verses that are a declaration of Advaita), and Saundaryalahiri (Waves of Beauty). More than 300 written pieces of such brilliance have been directly attributed to him.

Apart from the above, he established many Advaita Mathas/Peethas (Institutions/Monastries) across India by walking unimaginable miles and sharing Advaita's unifying message that the creation and its creator are ultimately one. In the short span of the thirty-two years of his incarnated life, he accomplished what one would consider utterly impossible and unfathomable. Even more so during those times.

Today, May 6th, 2022, marks the birth anniversary of Jagad Guru Adi Shankaracharya, known as Adi Shankaracharya Jayanti. This day falls on the auspicious Panchami/5th day during Shukla Paksha/waxing moon in the month of Vaisakha.

The Birth of an Avatar
Born to a poor family in a small town named Kalady in Kerala, South India, Adi Shankaracharya was a precocious child with a keen sense of purpose. Proficient in Sanskrit by 2, a language of the adepts, and Yogis, he showed all the signs of being a prodigy right from a tender age. By 8, his passion for the truth had him leave home to look for a Guru who could support what was birthing through him. By 12, with the blessings of his Guru Gaudapada, he wrote enlightening commentaries and poetic renditions of the Vedas elucidating subtle meanings hidden even to the scholarly eye and mind. Completing almost all of his written work by 16, he followed his Guru's lineage and walked thousands of miles sharing the succinct core knowledge of all Vedas.

“Brahman, Pure Consciousness, is the only Reality. The perceived world is like a mirage (A phenomenon/An appearance). The individuated expression is none other than the Absolute Self. This is the ultimate core knowledge of all Vedas.”
– Brahma Jnanavali Mala ब्रह्मज्ञानावलीमाला

Advaita Vedanta
अद्वैत वेदान्त
While an avid exponent of the Vedic scriptures, Adi Shankaracharya ultimately emphasized and only encouraged the irrefutable and direct realization of the Self rather than mere belief and mental knowledge of the Vedas.

Let people quote the Scriptures and sacrifice to the gods, let them perform rituals and worship the deities, but there is no true liberation without realizing one's own true nature as the Soul/Atman, no, not even in the lifetime of a hundred Brahmas put together.

Advaita Vedanta is a three-thousand-year-old school of Hindu philosophy and spiritual practices that shares with the world a simple absolute truth – we are already free.The term Advaita means Not-Two. This knowledge points to how moksha/liberation or freedom is our natural state and can be realized in this very lifetime. Self-realization/Enlightenment are not for a few chosen. While divine grace may play a part in our experiencing of it, it does not change the fact that we are already that which we desire the most. Realizing the true (nature of) Self is not about liberating our “thought” selves as much as it is about realizing that freedom is not a concept that applies to the truth of what we are.From a relative/personal point of view, this freedom is an understanding/untethering from the conditions of the familiar mind that perceivably bind our identity to the transient experience of a body-mind-world and thus has us experience suffering.

The knowledge and direct experience of the true Self show us how we are Advaita – Not-Two. We are “That” which is beyond the comprehension of the familiar mind that seeks to know its true nature.We are not our thought/object-filled world but the ever-present subjective shining light of awareness. When thoughts are absent, we realize all there is, is experiencing/living. An aware experiencing That IS the true Self.

A Personal Reflection
My affinity with Jagat Adi Shankaracharya and his teachings came about much later in life. Although perhaps it's more accurate to say, it was recognized by the conscious mind much later in life. Even though born in his native land and amidst where his life and teachings are quite prominent, I was never as interested in learning from other religious/spiritual teachers as much as I was focused on experiencing/learning directly from life. Little do we realize in our early days how there is no real escaping from the ‘becoming' of the environment that nurtures us.

Kodachadri
In the years of climbing the Kodachadri hills for the love of nature, my destination has always been the small Sarvajna Peetha, where Adi Shankaracharya meditated and received the grace of the primordial Devi Para Shakti's (the Divine feminine aspect of the Universal Being ) vision. While aware of the religious importance of this place, I did not really assimilate the significance or the true value of the space or experience till much later.

The little Peetha, located in the lush and wild Kodachadri hills of the Western Ghats of Karnataka, is currently a National Heritage Site. Some say this is also where Adi Shankaracharya disappeared into a self-initiated samadhi while some believe this happened at his temple up North in the Himalayas. No matter the true story, the felt presence of an unexpressible energy in and around his humble abode and its surroundings is undeniable.

Coming down from the wild, it is said the Devi now resides in the powerful and popular Kollur Mookambika (Another name for Shakti) Temple, which is known to be a wish-fulfilling power center for all devotees who come to offer their desires at her feet.
The message being, no one ever is/leaves empty-handed.

While I have not studied any of his texts formally, I am recognizing as the days go by that the grace of his teachings have somehow always arrived in my awareness in divine time. Below I share parts of his teachings that are relevant and alive for me in this moment as I sit in deep reverence, acknowledging and honoring the arrival of this energy in form so many years ago and its ever-present wisdom that continues to live within/amidst us all.

VIVEKACHUDAMANI – The Crest Jewel of Discrimination
॥ विवेकचूडामणि ॥
Authored by Adi Shankaracharya, the Vivekachudamani is a 580-versed collection of poetical couplets that shares with all seekers the Art of Viveka – Discrimination between the real and the unreal. In this, he begins right away by sharing what a precious gift it is to have and live this experience of being human.

There are three things that are rare indeed and are due to the grace of God –namely, a human birth, the longing for Liberation, and the protecting care of a perfected sage.

Sri Ramana Maharshi is another sage who as Adi Shankaracharya was also a big proponent of direct Self-realization, and discouraged living through the mental knowledge of the Vedas. When it came to Vedas, he spoke highly of Adi Shankaracharya's Viveka Chudamani and translated it to Tamil from Sanskrit in his early days for all locals who were interested in learning this text.He is known to have said that the entire gist of Advaita Vedanta is contained in the one verse #170 of Vivekachudamani.

As with our night dreams where the Personal Mind alone creates the world, the experiencer and the story, thus is the very nature of this waking dream we live everyday as reality. The body-mind-world, an experiential phenomenon/an appearance that is a unique individuated projecting of the Universal Mind.

Shakti- Bhakti
At a time when God was only accepted as unknowable and therefore interpreted as one that cannot be experienced without penance and rituals, Adi Shankaracharya strongly denounced the need for all external rituals reminding all that the God we sought so fervently is immanent and lives within every heart.
He brought forth the knowledge of Vedas where it was practiced/lived not as a dry knowledge of the mind but as and through a living embodied joy of devotion.

Among things conducive to liberation, devotion (Bhakti) holds the supreme place. The seeking after one's real nature is designated as devotion.

Soundarya Lahiri
॥ सौन्दर्यलहरी ॥
Adi Shankaracharya, while founding the Advaita School of Philosophy all over India, is one of those rare Advaita Acharya's who also effusively praised and celebrated the perceived world of mithya/apparency as Shakti.
His lucid and evocative text Soundarya Lahiri – Waves of Beauty of 100 verses is a dripping nectar of devotion and love in appreciation of her – Goddess Tripura Sundari's beauty – Nama/Roopa, which are the Names/Forms of her perceived body-mind-world.

With a golden belt,
Adorned by tiny tingling bells,
Slightly bent by breasts like the two frontal globes
Of an elephant fine, with a thin pretty form,
And with a face like the autumn moon,
Holding in her hands,
A bow of sugar cane, arrows made of flowers,
And the noose and goad,
She who has the wonderful form,
Of the ego of the God who burnt the three cities,
Should please come and appear before us.
– Soundarya Lahiri, Verse 7

Nirvana Shatakam
॥ निर्वाण षटकम्॥
A personal self always seems to have a preference! And while I have resonated with all of Adi Shankaracharya's works that I have come across, the Nirvana Shatakam, for me, stands as an unparalleled one-pointed crystal clear mesmerizing composition.

I am not the mind, intellect, ego, or memory.
I am not the senses that are of the ears, tongue, nose, or eyes.
I am neither the sky nor the earth. I am not fire or even the air.
I am the formless bliss of Consciousness.
I am the all-pervading auspiciousness Shiva!

Nirvana Shatakam, also known as Atma Shatakam is a simple six verse composition by Adi Shankaracharya that, through negation, reminds us that we essentially and eternally are THAT – Chidananda Roopa Shivoham Shivoham – The eternal, all-pervading, undefinable, ever-luminous, auspicious bliss of I AM Consciousness.

Like a tree that allows the fruit to naturally fall when ripe, true knowledge presents itself at the doorstep of our conscious mind exactly when and as needed.
Last but definitely not least, on this auspicious day, I sit with the one line from his written work that eloquently shares the profound and simple essence of the true Self we are in manifestation.

“Each thing tends to move towards its own nature…”

True Self is the One and All.
All begins with it and ends in it.
The perfection of Life's still-flow.
A living realization that what we think we are
Is being lived/moved rather than needing it to be lived/moved.
A pure possibility beyond freedom.

Supriya Kini
Supriya Kini is a kundalini yoga teacher and soon to be a graduate restorative yoga teacher. A writer and storyteller at heart, she is deeply passionate about exploring the mind-body-spirit Self and advocates living the life that we are, in and as awareness. With close to two decades of experience in pranayama, she currently facilitates pranayama and contemplation circles for women and men. In her free time, you may find her reading, writing, singing, gardening, walking in nature, cooking with her kids, or traveling.
Learn More
Subscribe
0 Comments
Inline Feedbacks
View all comments