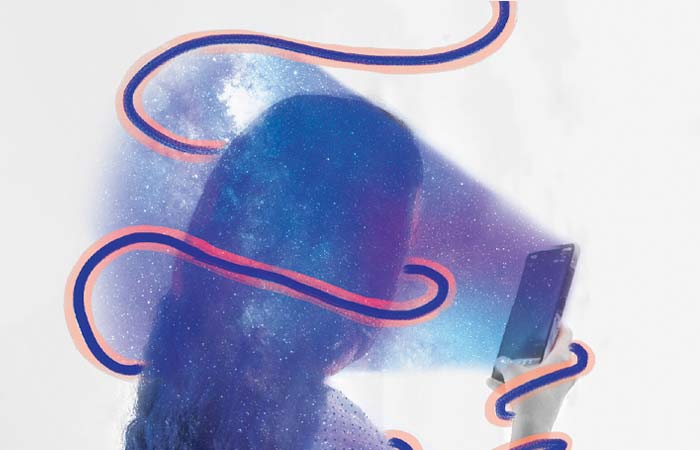 The novel e-Ternity is about a mysterious app that appears suddenly on the main character’s phone. His quest to figure out what the app is and what it does begins an adventure that leads him into a bizarre new world and ultimately back to his old spiritual teacher.

e-Ternity is the first novel of what I plan to become an e-Ternity Series of novels. And I’m writing that series for a very specific reason. For twenty years, I lived in a spiritual practice community led by an American spiritual teacher. I became a prominent member of the community and eventually my teacher’s personal assistant for twelve of those years.

Those twenty years were awesome and awful in equal measure. So much intense spiritual exploration was done, often under bizarre circumstances. Sometimes the results were miraculous and enlightening, and sometimes harmful and devastating.

In the novel e-Ternity, I begin to share some of my experiences during those twenty years and I envision the continuing series of novels to be an opportunity to share more of what I experienced. I can’t imagine any other way to share my story except by embedding it in fantastical fiction.

On the one hand the use of fiction as a medium, leaves it ambiguous which parts are drawn from true stories and which are entirely made up. This affords some anonymity for me and others who were involved. In addition, the bizarre fictitious background of the story actually creates an otherworldly quality that manages to capture my experience better than would be possible in a straightforward memoir.

Writing a series of novels gives me the chance to slowly unfold the complexity of inspiration and insanity that I experienced. It is an important story because it reveals a great deal about the human condition, and too often I feel that stories like this are told in ways that cannot capture the true complexity of being part of, what by every appearance was a spiritual cult.

Writing the first novel was both fun and cathartic for me.

If you haven’t read it, you can get a sample chapter here.