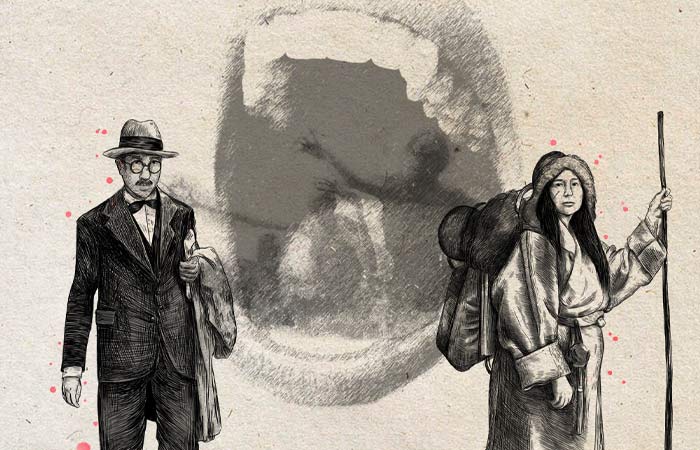 The novel Dreamed Awake starts with two characters who are heroes of mine. One is the Portuguese poet Fernando Pessoa, the other is my great grandfather Constantine Andrade. The idea for the novel initially came because I wanted a way to explore Pessoa’s ideas about the art of dreaming and my own experiences of lucid dreaming.

As I was researching Pessoa’s life, I discovered that as a young boy he lived in South Africa at about the same time that my great grandfather lived there. The combination was perfect. My great grandfather’s story is a magnificent adventure.

As a young boy, my great grandfather fled his abusive uncle with whom he lived on a Portuguese Island and stowed away on a ship he thought was going to America. As it turned out it was headed to South Africa during the Boer War. The young stowaway was discovered onboard and was taken into the care of an army officer. During the years of the war my great grandfather worked as a servant for the officer and after the war his passage was paid to America.

Pessoa had also traveled to South Africa around the same time with his mother and her second husband. I decided to write a story based on the idea that the two boys met onboard the same ship and discovered that they both had an interest in lucid dreaming.

At some point when the novel was about two thirds written I started to feel that a third major character was part of the story. It was a woman, and she was also a dream master like Pessoa. She had shown up already early in the story as a nameless old woman, but now I realized that she was in disguise – but I didn’t know who she was.

I scoured the internet looking for her and then, I found her! Her name was Alexandra David-Néel an early Western explorer of Tibetan Buddhism. At the time that Pessoa and my great grandfather were living in South Africa, Néel was on her famous 14-year adventure that brought her eventually to the forbidden city of Lhasa in Tibet.

I devoured Néel’s biography and her book on Tibetan magic. I discovered that she had mastered the art of dreaming as well as the ability to create tulpas – living beings generated only by the power of thought.

Yes! I had definitely found the other dream master at work in the story.