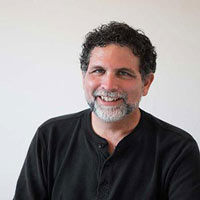 Jeff Carreira is an author, mystical philosopher, artist and meditation teacher. His novels use the powerful medium of story to illuminate the mysterious ways in which we can awaken to the invisible realms and hidden truths that always lie just beyond the familiar world around us.

To put it simply, I support people to live a spiritually inspired life, free from the constraints of fear, worry and self-doubt, and aligned with their own deepest sense of meaning and purpose.

Life has conditioned all of us to be fearful and self-protective. Some of us eventually feel suffocated by the mental and emotional habits that keep us from living a passionate and spontaneously free life. We long to be liberated from the invisible ties that seem to bind us. We know more is possible and we start searching for a life that matches our true potential.

I was quite young when my own spiritual search began. At the age of about seven, I began spending time locked in my father’s car in our driveway trying to stop my mind from thinking. Somehow, I knew that if I could do that, I would discover something wonderful.

But like so many of us, I forgot about my early spiritual aspirations and got swept up in the cultural script of career and relationship. I studied physics, worked as an engineer and got married. Eventually my work as an engineer felt empty, so I earned a graduate degree in education and became a schoolteacher and later a school administrator. By most standards I was pretty successful, and yet I felt empty and existentially unfulfilled.

My life took a dramatic turn when I left everything and everyone behind and joined a radical spiritual community. For the next twenty years, I devoted myself entirely to spiritual pursuits. I spent many hours every day meditating, chanting, reading and studying, all in a single pointed pursuit of the ever-elusive goal of enlightenment.

During those years in community, I was blessed with many spiritual breakthrough experiences. I was ripped open by dramatic bursts of kundalini energy shooting up from the base of my spine through the top of my head. I spent days in states of conscious awareness that remained steady through all stages of waking and sleeping. I felt a mystical expansion that didn’t stop until my body was the size of the entire cosmos. And in the middle of it, I remembered that I had been able to freely will myself into this sense of cosmic consciousness as a young child.

In the summer of 2001, during a two-month long retreat, I entered into a shared state of enlightened mind with other participants. This dramatic opening inspired me to create spiritual education programs that guided thousands of individuals through their own journey of spiritual evolution. Four years later, in 2005, and once again while on retreat, I heard a call to expand my teaching work. I started traveling and teaching meditation and spiritual philosophy more extensively throughout the world.

In 2012, I left the community I had been living in, and for the next three years co-created and co-facilitated a transformational practice group called The Evolutionary Collective with Patricia Albere. After that, I partnered with Craig Hamilton to create and lead a yearlong meditation and awakening program called Opening to the Infinite that we ran for three consecutive years.

Currently, I lead retreats throughout the world and run a teacher training program to develop the teaching capacities of others. I am the founder and lead teacher of The Mystery School for a New Paradigm – a virtual practice and study community that provides guidance and inspiration to a global group of awakening individuals.

Writing has always been a focus of my work. I have written 11 books including The Art of Conscious Contentment, No Place But Home, Paradigm Shifting, The Soul of a New Self, and a novel called Transdimensional Crossing. I regularly write new essays that are published on my blog.

Reflections on the spiritual vision of Ralph Waldo Emerson

In this audio I read my introduction to Seven Stories by H. P. Lovecraft; Real Dreaming and Cosmic Awareness. You

Exploring the Nature of Transdimensional Fiction: Stories and the Transition into a New Self

For the past twenty years, I’ve been teaching the practice of meditation and guiding people into the experience of spiritual

The novel Dreamed Awake starts with two characters who are heroes of mine. One is the Portuguese poet Fernando Pessoa,

e-Ternity: The Story of My Life

The novel e-Ternity is about a mysterious app that appears suddenly on the main character’s phone. His quest to figure

Your Gift To Give

We Are Cosmic Beings

This video asks you to question why you are seeking for spiritual fulfillment in the first place? Do you really

Retrocausality and the Cover of Transdimensional Crossing

It seems that sometimes a cover initiates a novel. That was the case with my first novel Transdimensional Crossing. You

Evolutionary Spirituality, Non-Duality, and Free Thinking in the Tradition of American Philosophy

The Soul of A New Self

Embracing the Future of Being Human

Guiding Evolution From The Inside Out

Metaphorical Language and the Creation of Reality

In this video Jeff speaks about how reality is shaped by how we talk about it, and goes on to

Expanding Our Minds Beyond Dualistic Thinking

Spiritual liberation and awakening are very real and very attainable, but the truth is that sustaining our access to these

The Sociology of the Impossible

In this clip Jeff Carreira and Dr. Jeffrey J. Kripal speak about the many different ways that new possibilities are

What is an Artist of Possibility?

In this audio clip Jeff Carreira asks the question, “How can we see beyond the current paradigm?” and goes on

Awareness Beyond the Surface of Mind

Spiritual liberation and awakening are very real and very attainable, but the truth is that sustaining our access to these

How to Tolerate the Weirdness of Reality with Timothy Morton

This audio clip features Dr. Timothy Morton of Rice University discussing the strange way in which humanity’s efforts to solve

Turiya – The Fourth State of Consciousness

This short clip was taken from a four session class with Jeff Carreira, called ‘The Miracle of Self-Realization: An Introduction

Spiritual paths, both traditional and alternative, in one way or another, always revolve around the call for surrender. Surrender means

Often people enter my work through my meditation classes and retreats. As their practice opens up into experiences of spiritual

Beyond the Current Paradigm

In this audio clip recorded during a public seminar, Jeff Carreira discusses the ideas and work of Dr. Jeffrey Kripal

This clip comes from a longer dialog Jeff Carreira had with Dr. Tara Cuskley about her profound Kundalini Awakening experience

Movie Review: An Ecology of Mind