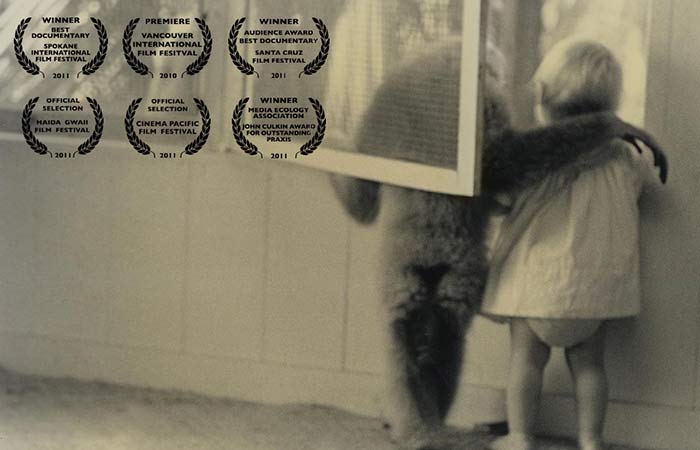 Some years ago I had the pleasure to attend a special pre-screening of a new film entitled An Ecology of Mind.

An Ecology of Mind is not a biographical look at Gregory Bateson’s life although it includes aspects of both his personal and professional story. It is also not a character study or a study of his ideas and discoveries although both of these are also included. If I were to try to sum up the film in a phrase I would call it a multidimensional mosaic retrospective of an extraordinary mind. After seeing the film I felt for a while as if I was seeing the world anew – like I had seen through ‘the matrix’ for fans of the movie – and I wondered about how the film had brought about so subtle a shift in perspective.

The image that came to my mind was flying a kite as a small child. Sometimes the kite would fly so high that I would loose site of it. My own father would try to point his finger in the direction that I should look, but still I couldn’t find my missing kite. Eventually he would stand behind me and with one hand on either side of my head he would direct my eyes in the direction that I needed to be looking. When my eyes finally made contact with the kite I would feel a combination of exhilaration and gratitude.  Seeing the film An Ecology of Mind was similarly like having your attention directed toward something you couldn’t see before.

What world did Gregory Bateson see? First and foremost he saw that the world was not made up of a collection of things arranged in some spatial and temporal order. Rather he saw that what we perceive is a constant sense of relatedness that morphs and alters in front of our eyes. We perceive relationships, contrasts, and then we imagine that there are things being related or contrasted. Things are phantoms created from an assumption about the nature of relationship. “When I realized that there was no-thing in the universe.” Gregory Bateson says in the film, “I found myself floating in an ocean of ideas.”

Gregory Bateson was an extraordinary pioneering systems thinker who was enthralled with the holistic and holographic nature of reality. He saw how relations constantly change – at one moment playing the role of content and then shifting to become the context for some other content. To understanding anything, he believed, was to understand the system of connections that create it; ultimately he was  looking for “the pattern that connects.” No matter what he was studying, whether it was native tribes as an anthropologist working with his first wife  Margaret Mead, or pathological states of consciousness, or systems theory, what he was really looking for was the pattern that connects. His way of looking at the world was an inspiration to many prominent figures and to untold multitudes of the rest of us.

Many attributes of Gregory Bateson’s life and work are conveyed in the film, but most importantly it has the power to change the way you see.  It will show you how you habitually see ‘things’ as ‘real’ and the relations that connect things as some sort of invisible, intangible and ultimately unreal connection between things. Slowly as the film redirects your gaze you will find that you are not looking at things at all, you are looking at patterns of relationship – here and there, now and then, fathers and daughters, fathers and sons, teachers and students, animals and humans, humans and the earth, and even two cups sitting on a table.

When you have the opportunity to see this film please do. And when you do, don’t just watch the film, give yourself the luxury of looking at the world through Gregory Bateson’s eyes.

Jeff Carreira
Jeff Carreira is an author, mystical philosopher, artist and meditation teacher. Thirty years ago he dedicated himself entirely to the focused pursuit of spiritual awakening. He began teaching meditation and awakening fifteen years ago, and today supports people from around the world to share the fruits and blessings of their own spiritual path. His novels use the powerful medium of story to illuminate the mysterious ways in which we can awaken to the invisible realms and hidden truths that always lie just beyond the familiar world around us.
Learn More
Subscribe
0 Comments
Inline Feedbacks
View all comments